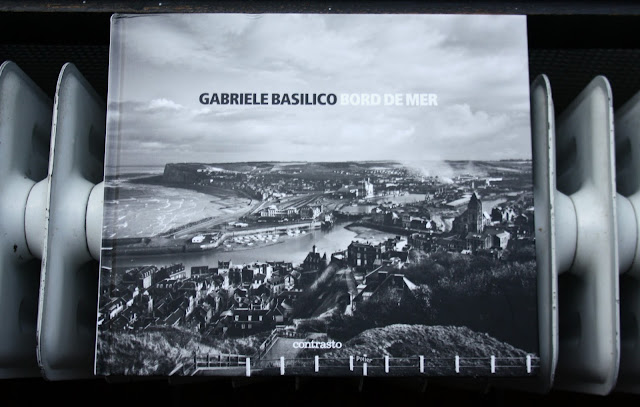 Bord de Mer (Seaside), published by Contrasto, is a series of photographs taken by Gabriele Basilico in Brittany and Normandy, between 1984 and 1985, for the Delegation for Planning and Regional Action Photographic Mission, better known as the DATAR Photographic Mission. He had worked on its conception and had made modifications to the 1990 first edition.

“The challenge of this new book is the confirmation of my need to periodically look over my archives, to discover things never before published, to put together new sequences,” Basilico explains.

Paola Sammartano is a journalist specialized in the art of photography and based in Milan, Italy.

Feted in Italy for almost two decades, Gabriele Basilico won international recognition when his photographs of postwar Beirut went on display at the 2007 Venice Biennale. Part of the exhibition curated by the then Biennale director Robert Storr to reflect the theme of war, Basilico’s images of bullet-ridden buildings and rubble-strewn promenades had a lucid, poetic eloquence missing from more conceptual installations.

Nine pictures from that cycle, taken in 1991, are now on display at Studio Guenzani alongside a further 17 prints. Eleven of the latter herald from Bord de mer 1984-85, a study of the northern French coast undertaken at the behest of the French government. The other seven come from Porti di mare 1982-88, an exploration of European sea ports. Presented as a single, label-free row of pictures running through two whitewashed galleries, the minimalist nature of the show reflects the modernist restraint that is the signature of Basilico’s vision.

Born in Milan in 1944, the photographer is a rare, rewarding hybrid. On the one hand, he is heir to the documentary tradition of Cartier-Bresson, Robert Frank and Walker Evans. Yet those masters, even when they turned their lens on landscapes, primarily focused on human stories. Basilico, who trained as an architect, is ostensibly an architectural photographer; figures, when they do appear in his works, are rarely more than distant specks.

Tellingly, however, his first big work, a cycle of industrial sites on the periphery of Milan taken in the late 1970s, was entitled “Portraits of Factories”. For the kernel of his gift is an uncanny capacity to make the built environment speak.

There is no better chronicler of landscapes with a story to tell. Shooting in monochrome large format, his old-fashioned, tripod-and-cloth technique allows for none of the rapid-fire, multiple images and subsequent intensifications and distortions of the digital age.

Under his contemplative eye, Beirut yields up its wounds. At times these images have a confessional air, as if the photographer has trespassed into a territory made private by suffering. Stripped of its facade, a once handsome Arabesque building is exposed as a skeleton of sagging storeys, their walls hanging down like flaps of peeled skin. An uncompromising hunk of stone abandoned on the tarmac ratchets up the menace of a deserted, bombed-out street. Emblazoned above hollow windows and shrapnel-scarred walls, the jaunty signature of the Holiday Inn is a forlorn reminder of the commercial heyday of a city once known as the Paris of the east.

Little wonder that these photographs have an elegiac quality. Basilico was commissioned to take them precisely because the ravaged city centre was to be razed to the ground and a new metropolis erected in its place. (He would return in 1997 and 2003 to record this process.)

Today, the graceful remnants of Beirut’s Ottoman heritage – bifora windows divided by slender stone columns; a row of pointed, Moorish arches perched on a gutted edifice – have gone forever. Most poignantly Basilico’s Lebanese patron, Rafiq Hariri, is also dead. President of the eponymous foundation that sponsored the photographer’s endeavour, and later prime minister, he was assassinated in 2005. With scarcely a human figure, nor the hint of a special effect, Basilico has told a story to make one pity the nation.

In its own way, the French project also narrates an affecting tale of change and loss. Here, however, the trauma relates to the gradual transformation of a country experiencing the decline of heavy industry in tandem with a mass migration from peripheral territories to large cities.

In what was to be the largest photographic campaign ever realised in Europe, in 1983 the French government agency Datar (the delegation for land development and regional action) commissioned 28 photographers to “throw light on the organisation and shapes of national territory at the end of what has been a period of profound change”. By employing photographers to map the nation’s growing pains, Datar acknowledged that the craft can illuminate reality in ways barred to professionals such as geographers, surveyors, property developers and architects. The result triumphantly straddles the territory between documentary and art. 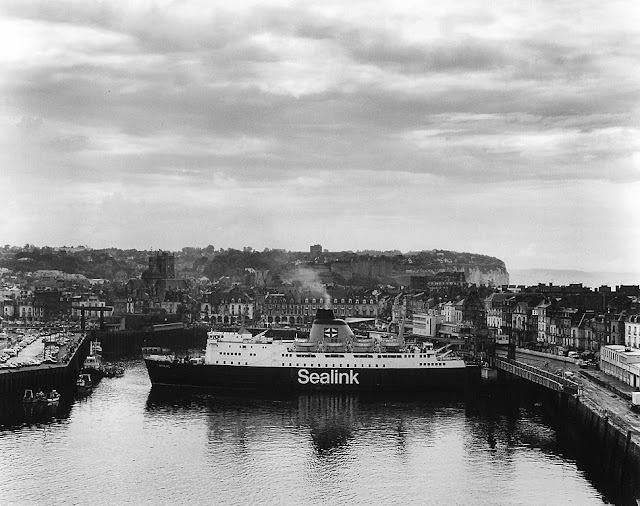 Lacking the innate drama of a war zone, the composition of these pictures becomes doubly important. Basilico frames the twiggy silhouettes of Dunkirk cranes within the squat, steel carcass of an industrial machine. At Merlimont Plage, a patched-up streak of tarmac rolls towards an inhospitable, white-capped sea through a gauntlet of flat-roofed houses cruelly exposed to a storm-lit sky. The crazily tilted balconies of a 1970s apartment block in Le Touquet recall the misguided utopian fantasies of that era’s architects. Hunkered down in Dieppe’s picturesque harbour, a Sealink ferry signals the tourist traffic that will be this coast’s brightest future. On the beach at Boulogne-sur-Mer, windsurfers dot the water like broken-winged sea birds oblivious to the jagged industrial plant scribbled across the horizon.

Snared in Basilico’s crystalline light, these images are anchored by brooding cloudscapes and glinting waters – ocean, puddles, rain-sleeked highways. Aided by long exposures and wide, low perspectives, scenes that would appear mundane to the ordinary observer are revealed, as in a Wim Wenders’ movie, to possess inner metaphysical energies.

Hovering between realism and romanticism, Basilico neither praises nor blames the forces of history that are at work. This refusal to judge makes him an important witness to an inexorably changing world. 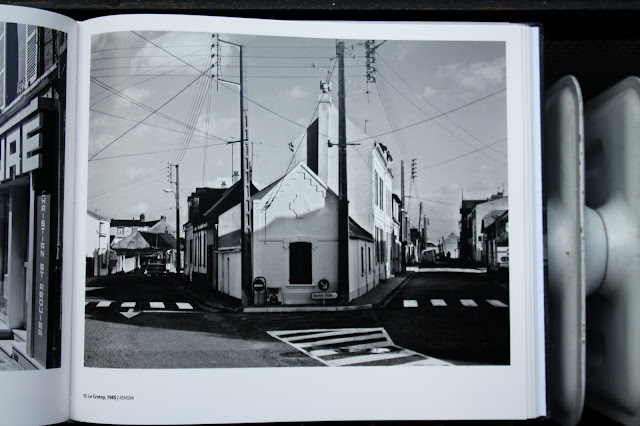 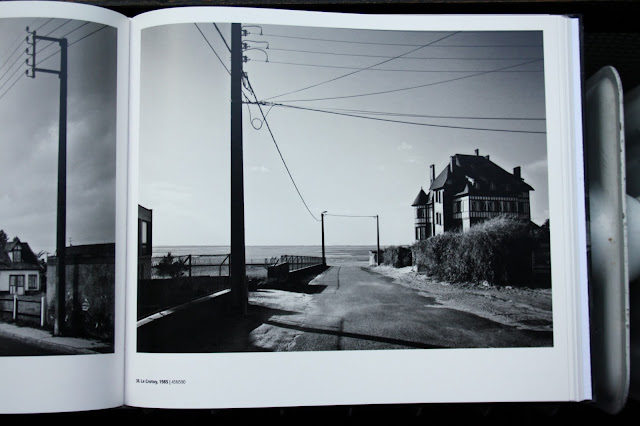 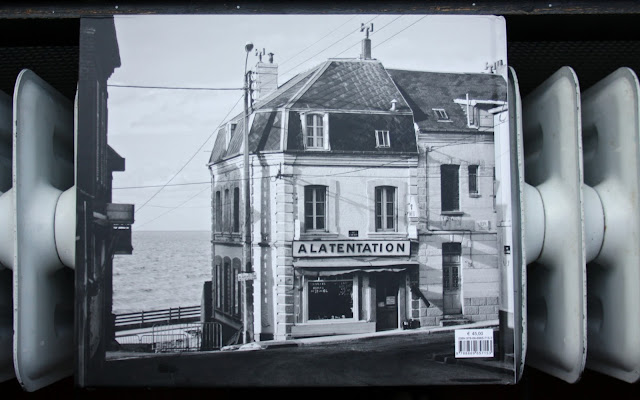 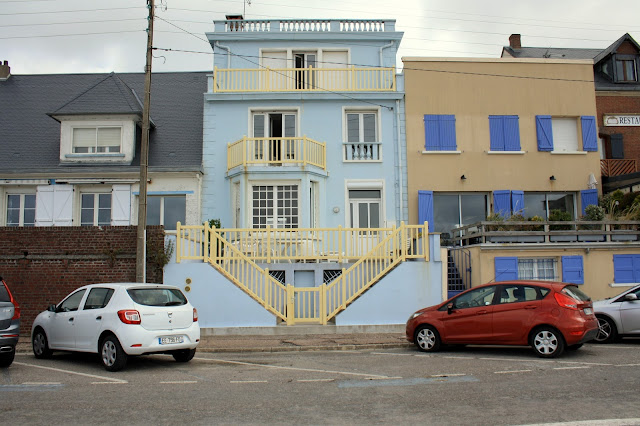 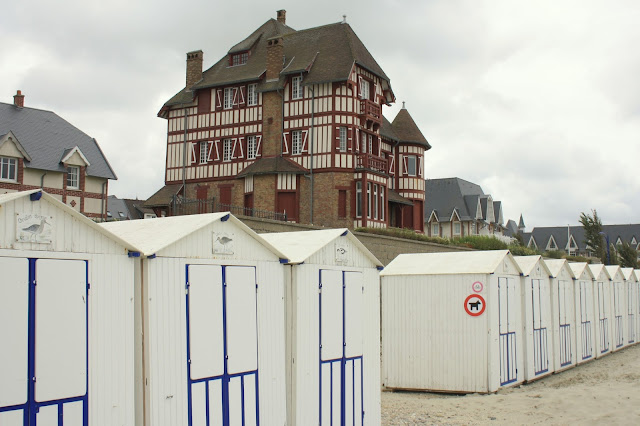 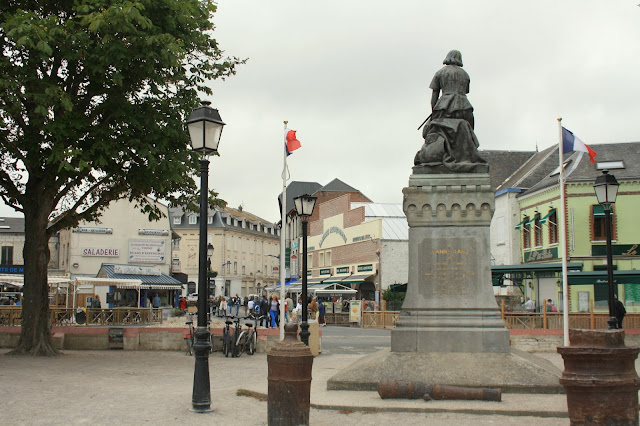 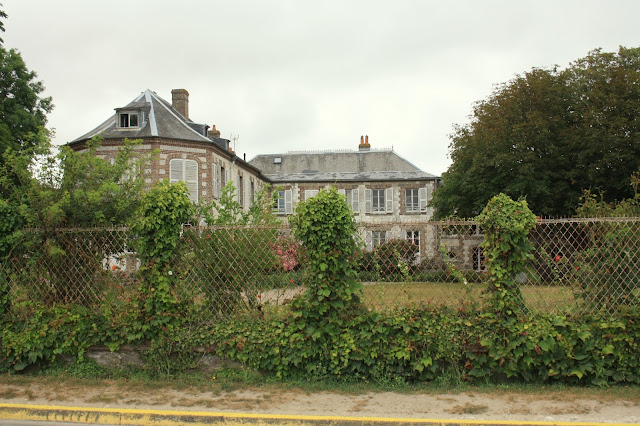 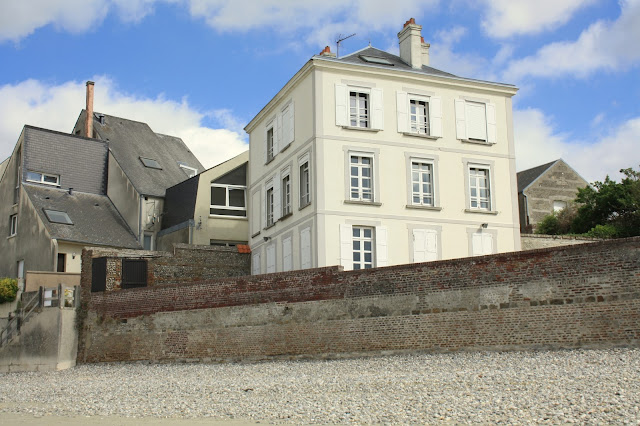 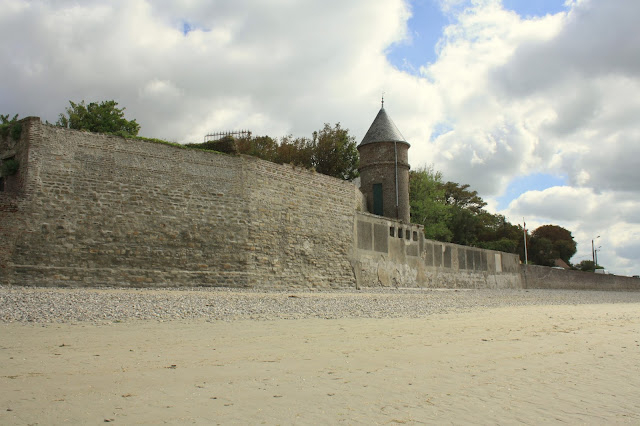 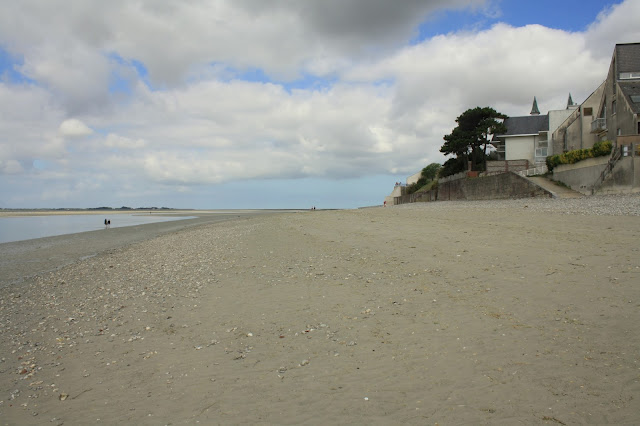 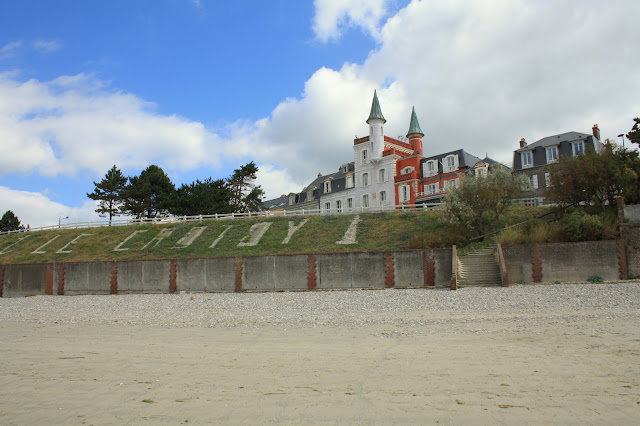 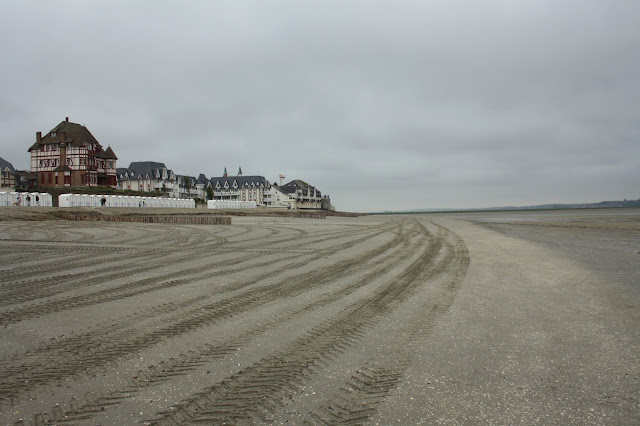 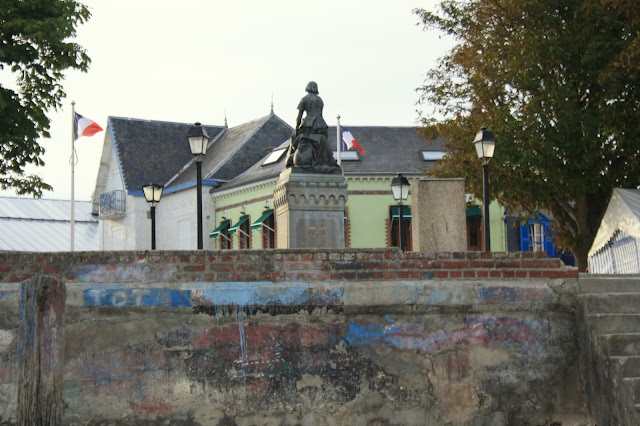 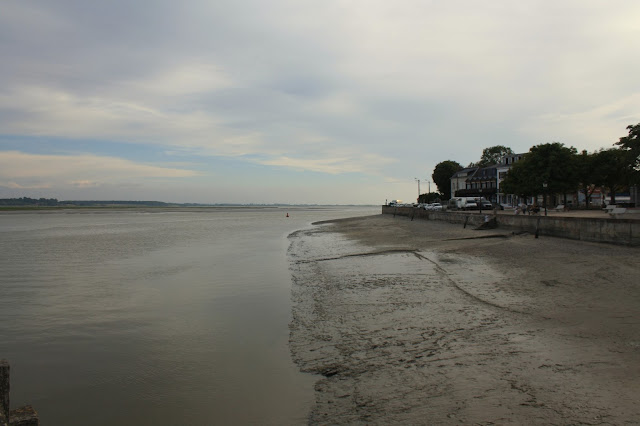 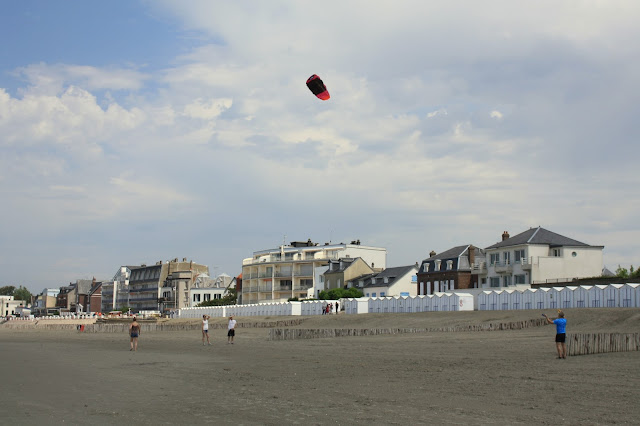 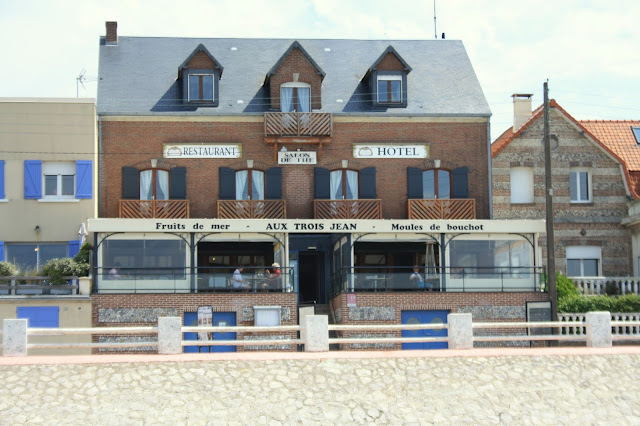 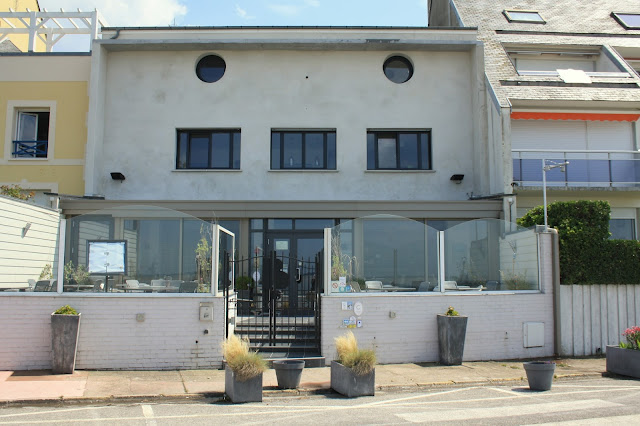 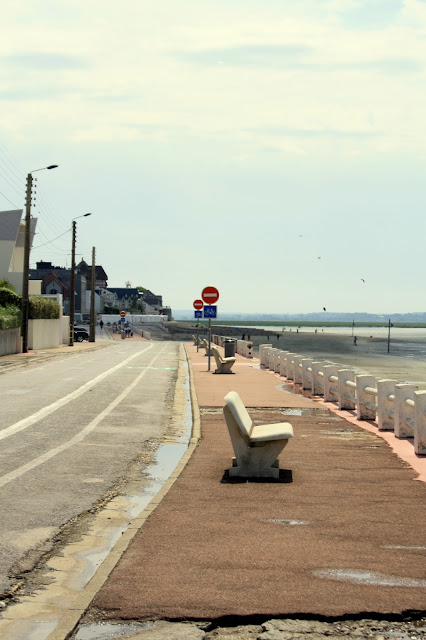 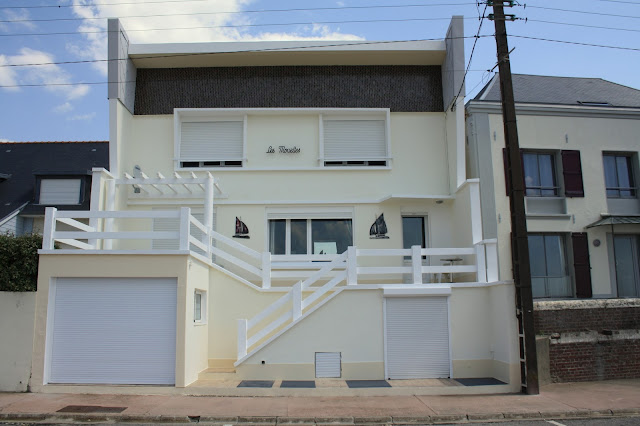 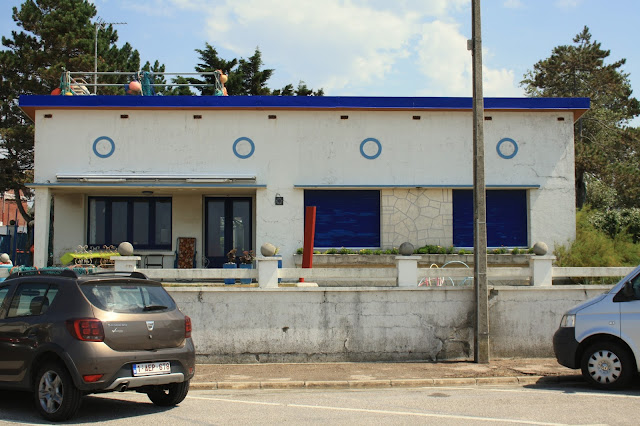 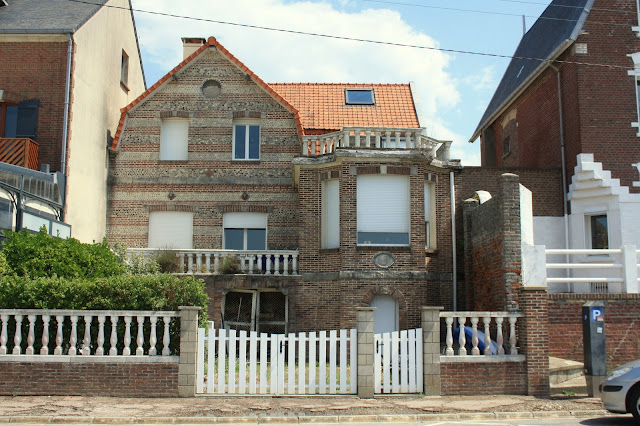 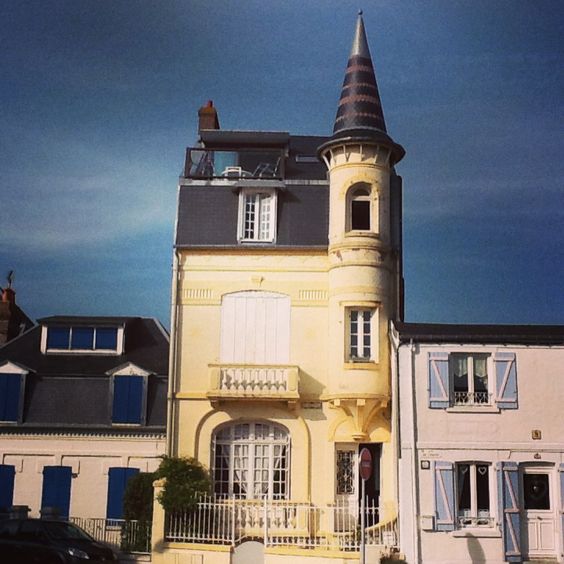 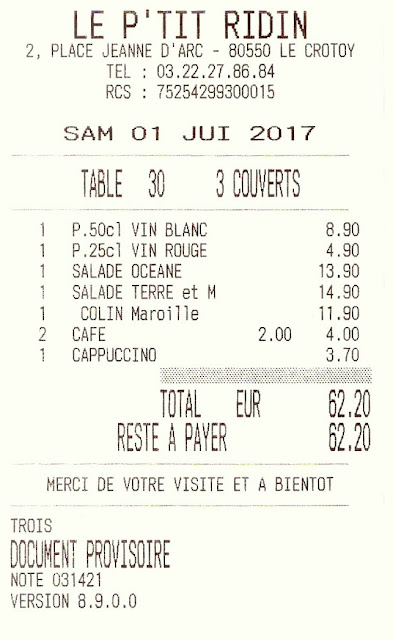 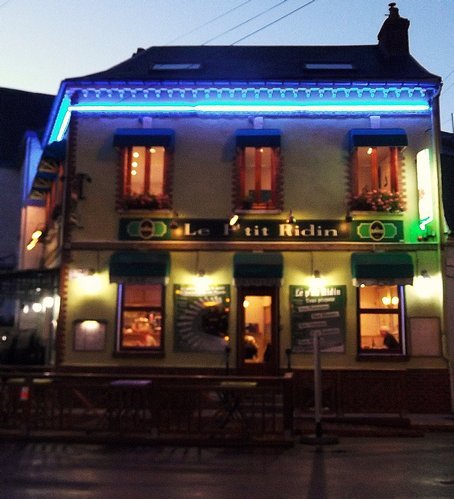 Posted by Bint photoBooks on INTernet at 10:13 PM

Email ThisBlogThis!Share to TwitterShare to FacebookShare to Pinterest
Labels: Bord de Mer & the Architecture of the city of Le Crotoy France Gabriele Basilico ...